A very recent incident about dog meat in hotels of Chennai has raised a furor all over Tamil Nadu. It is viral in news channels and social media that the suspected meat from Rajasthan is dog meat.

On 17th of November 2018, 2100 kgs of suspected meat in 20 thermocol ice boxes were transported by Bhagat Ki Kothi – Mannargudi expresses from Rajasthan to Egmore, Chennai. Recent news claims that the officials were waiting to seize dog meat in the railway station at Egmore. But here is what actually happened. Railway police officials who were on their duty that time, smelt the stink from 20 thermocol box packages that were unloaded onto the platform from the train. The officials split the boxes open and found meat in it. The frozen meat is of some small animals and since it had long tails, the officials suspected it to be dog meat with the anatomical identification.  Everyone knows the rest of the story that the news of dog meat seizure went viral. This scared non-vegetarians to eat meat in any hotels. The major reason for officials to suspect it as dog meat is that it has long tails with no hair in it.

In this incident, it is important to have a look at Shakil Banu’s interview. She said that the meat was supposed to have received by herself and 150 others like her. She has asked to file a complaint if any rules are misused while bringing in the meat but not to spread rumour as it is dog meat, because those were Rajasthan goats’ meat. She also said that the DNA tests of the meat would give the results.

She would not have given this interview if the rumor was true. Though, when we were searching for such goats from Rajasthan, we found goats with long tails with no hair on its tails unlike the goats in Tamil Nadu.

It takes 48 to 72 hours to reach Chennai from Rajasthan and the meat was not preserved well to withstand the travel time and was in a decomposed state. Later it was sent to the warehouse after spraying phenyl on the meat. The meat was sent to Madras Veterinary College for DNA analysis to check whether it is dog meat or goat meat. And it is informed that it will take time to give the results. 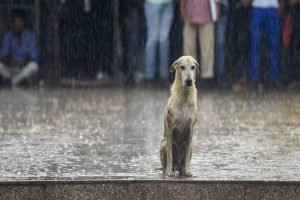 It is must consider that the cargo was marked as “Fish” instead of “Meat”. A case was filed against the delivery agent Ganesan and Jayaprakash. Railway Protection Force official Louis Amudhan has said in an interview that a special team is ready to be sent to Rajasthan to dig deep on details of this case.

There is other exaggerated news on social media that stray dogs are sold as goat meat and online meat business depends solely on stray dogs. Similar such news was in news channels also. It is not easy to grow 2000 dogs that look like goats. Though there are long-tailed goats in Rajasthan, we need evidence to prove that the seized meat is of the goats from Rajasthan. The meat is sent for DNA tests and a team is there in Rajasthan to enquire on the same. So do not come to any conclusion on your own till the results are out. 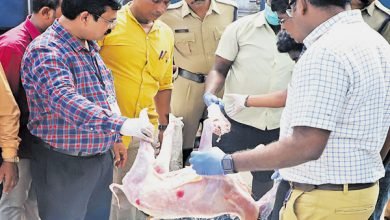